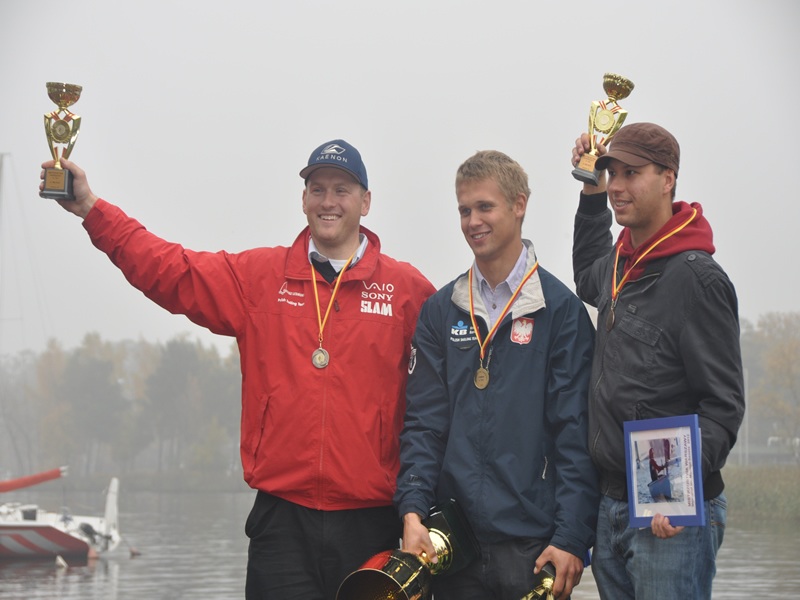 In the before last weekend of October, at Zegrzynski Reservoir near Warsaw, the Warsaw Championships regatta took place, which were the last regatta of the Polish Finn class 2012 season.

With the beautiful sunny weather and a gentle breeze up to 5 kts one the first day of regatta 4 race took place.Unfortunately, on the second day the weather was bad. Intense fog covered the sailing arena with no wind and penetrating chill, these conditions did not allow performing any races.

In the evening of the first day a historic Polish Finn class meeting was held, crowning the 2012 sailing season. During the meeting the book entitled „Finn class – an important chapter in the history of Polish regatta sailing” written by A. Pastuszko was presented and the current situation of Polish Finn class and its future was discussed. It is worth to mention the suggestions of Andy Zawieja and Tytus Konarzewski, which both emphasize that in Poland to little time is spent on learning and understanding of Finn trim – set up.

Thus, this regatta ended the 2012 season for the Polish Finn Class Association. Milosz Wojewski (SEJK Pogon Szczecin) won the Polish Finn Regatta Series, second place went to the London 2012 Olympic Games participant -Piotr Kula (BTZ Biskupiec), and the third place went to Jeremy Zimny (WKZ Wolsztyn). Milosz Wojewski was given the transitive Polish Finn Regatta Series Cup, where every year winner of the series is obliged to engrave his name, and then defend the trophy next year.