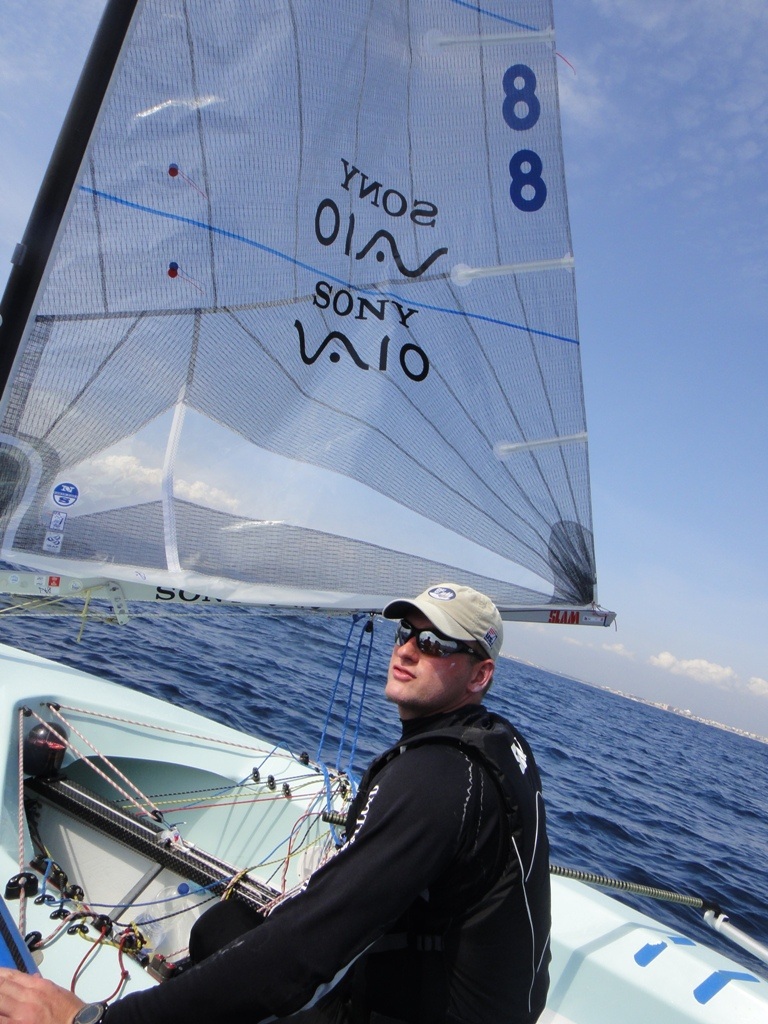 The 43 regatta Princess Sophia trophy, and the first qualifying regatta for the Polish Finn class sailors, were held in the beautiful sunny weather, but in very difficult windy conditions – in very weak unstable wind, which required from the competitors unique sailing craft. The competition took place as planned, 10 major races and one race medal were carried out. I consider it a successful regatta, they were my first World Cup competition in the Finn class, and thus the first opportunity for me to compete with world class Finn class sailing. In the last period of my Olympic preparations, the last few weeks before regatta, I have focused mainly on improving the techniques ofsailing. During the races, almost every time, I had the opportunity to test my skills, as well as opportunities to observe and learn from the best sailors in the world. The strength of my sailing was „sailing up wind”, where I equaled the best and at the upper buoy was in the top 15 of the world. „Sailing downwind” is one of the more difficult techniques of sailing, particularly in the Finn class, in which are recorded the biggest difference in speeds between the sailors. Navigation technique „downwind” for me is still a challenge that requires me to work ongoing contribution and commitment to catch up with the best.Finally I finished the regatta in position 40 of 60 crews. Huge progress and opportunities for collaboration with the best motivate me to continue working and fighting for sailing trophies. Intensive development of my sailing, in particular, I owe my partners from the Polish Team Finn: Rafal Szukiel, Piotr Kula, Milosz Wojewski as well as coach – Mr. Andrzej Piasecki. The second stage of Olympic qualifications for the Polish Finn class is the World Cup regatta – French Olympic Week – SOF, which begins in mid-April in the French town of Hyeres.